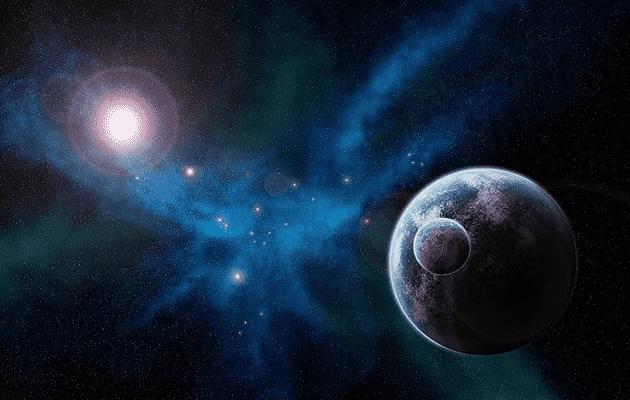 Following the Institute-Wide Weekend and the immersion into the Universe’s story as well as the ways, beliefs and stories of indigenous people, I researched creation stories. Since my mentorship involves weaving, I researched several creation weaving stories from the Greek to the Hopi and Navajo.

I then spun my own tale:

In the time before, The deep time before time, there was Weaver Woman. She lived in the darkness, velvet soft blackness, in the quiet and stillness. Weaver Woman sat at her spinning wheel creating beauty from nothingness. Bountiful mounds of color surrounded her, spilling over in magnificent shades from deep and rich to the barest suggestion of tint.

From the depth of her heart, from her imagination, from her spirit, she began to weave Creation. Her shuttle, gliding back and forth through the darkest warp threads, formed the sun out of brilliant gold, orange and crimson. The moon, she wove of luminous grays. Across the black cloth of the universe, she wove in sparkling silver stars, scattering them across the expansive darkness.
With the sun, the moon and the stars, came light and Weaver Woman’s loom set a rhythm to creation, creating day with dawn’s hint of lavender before the advent of day’s cerulean and sapphire blues. She wove twilight with its pinks and rose before the deepening of an ebony night.

She wove water, from tranquil clear lakes and ponds to powerful, briny oceans, their surfaces woven from turquoise to the boldest of blues, greens and grays. She wove in smooth and calm ripples and with shuttle flying, she wove the waves, ferocious and crashing.

Weaver Woman looked at the open skies and as she whispered over her loom, she laced the wind with wispy swaths of clouds that drifted across the sky. She added puffs of white clouds, gently round, to float and later, the thunderclouds that billowed and towered in roiling storms with slashing arcs of lightning to brighten the angry skies. Weaver Woman looked at her loom, at the coverlet of the universe she had created. She was pleased.

From her treasure of yarns and threads, she began to weave the Earth. Filling her shuttle with browns, greens, yellows and reds, she worked the weft into creating the center of the earth, the sold, dense deepest center. She added soaring mountains capped with white, jagged ridges and rolling hillsides. She carefully selected ribbons of ruby and scarlet, pinks and purples, and yellows and she embroidered cherry-blossoms, roses, heather and daffodils. She entwined the ribbons and spread capes of wildflowers across the land. Trees and plants were created to live in the Earth’s rhythm, created to the beat of the treadle. Weaver Woman looked at Creation and she smiled.

Yet something was missing. Her Creation was alive and pulsing. It had music. The music of the wind and the waves filled the earth. But something was lacking.

Weaver Woman’s heart spoke to her. She was lonely, weaving above her creation. Thoughtfully, she took her shuttle and setting her warp threads and pressing her treadles, she bent close to her cloth and began to work. She toiled for a long time. Day and night chased itself across the sky, with the moon changing its face as it traveled. The Earth saw the seasons of life and death, of snow and rebirth.

When Weaver Woman was done, she settled back and gazed at all she had created. Her treasures of yarn and thread and ribbon were almost gone. She tied off the warp threads and gently took her Creation from the loom. Holding it before her, she smiled. Her heart was filled with joy at the scene before her. Birds of all colors, their feathers delicately sewn into the cloth we scattered in flight across the skies. Sea mammals, fish and shell creatures teemed in the waters. Animals, majestic and minute, elaborate and plain,

trekked across plains, climbed mountainsides, built homes in trees and grasses, rested in shady glens and steaming jungles. Birdsong rode the breeze along with the chirps and buzzing of insects. Weaver Woman was delighted.

But it was when Weaver Woman lovingly smoothed her hand over her Creation and gently whispered her heart's wish to it, that her Creation was finally complete. For on the breath of that wish, humans took their first breath and began to fulfill her heart's deepest desire. They loved and brought forth children. In gratitude, they cared for the earth, for the water and all of life. They gave thanks for the sun and the rain, for the earth’s bounty and at night, they sang to the stars.

Weaver Woman held Creation to her heart, embracing it for just a few beats before she unfurled it and flung it out to float on her prayers forever.