In the 1963 ‘I Have a Dream’ speech,  Martin Luther King, Jr. takes a passionate stand for equality, freedom, and democracy.  He was able to hold two contradictory ideas at the same time. While acknowledging the cruelty and injustice of racial inequality, he was also able to invite a sane and loving road back to wholeness.

“I have decided to stick with love. Hate is too great a burden to bear.”  – Martin Luther King Jr.

“Let us not seek to satisfy our thirst for freedom by drinking from the cup of bitterness and hatred. We must forever conduct our struggle on the high plane of dignity and discipline. … we must rise to the majestic heights of meeting physical force with soul force.”

As we mark this historic day, it may be helpful to see the connection between  King’s wise words spoken 57 years ago, words that electrified the country and the emerging holistic worldview.

I think the power of his speech lies in its ability to resonate a deeper vulnerable truth of love and belonging. The nature of reality appears to be interconnected, not separate.  We need each other and we belong together because we are one household, nobody is less or more important than another.

Martin Luther King Jr. was able to reach beyond anger and egoic mind structures to offer a vision of what was possible. Like concentration camp survivor, psychiatrist, and author of “Man’s Search for Meaning,” – Viktor Frankl wrote that he gave up the notion of being rescued from the horrors of daily life but he knew that giving in to his fear and rage would eat him alive and the Nazi’s truly would’ve taken over his soul. Instead, he chose to see what was possible and spent his days offering comfort to other camp members.  He took agency of his reality. Maybe that is ‘soul force’.

On 60 Minutes last night, there was a segment about the political unrest in the country and the question was asked. ‘Who are we?’  It may be worth starting with the question,’ Who do we think we are?’

King’s ‘soul force’ was felt that day in 1963 and still resonates. People’s hearts lifted with a sense of possibility, connection, and love. That was his dream and it feels like the collective couldn’t be further from that right now.

Mindfulness practice helps us look within and see our  ‘soul force’ and the fragmentation that blocks it.

Having the courage to mindfully see the way we show up in our own lives and lovingly heal our own wounds begins to melt the illusion of separation so we can learn to meet our intolerance and resistance with something more helpful, loving, and creative.

“When we are no longer able to change a situation we are challenged to change ourselves.”  –Viktor Frankl

This week, we celebrate the birth of Martin Luther King. In reflecting on his writings and speeches, do you have one that speaks to you at this time? What is your perspective on the ‘soul force’  and how can it show up in your life? Let us know in the comments below. 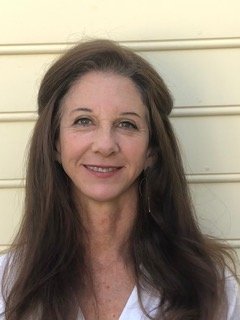 Kimberly Ruggiero is a long time meditator. She works as a transformational coach and artist. She has a BS in Chemistry, MA in Consciousness Studies and studied at the Lyme Academy College of Fine Art. Kim has training in MBSR and is certified through the Engaged Mindfulness Institute. She works as a Program Coordinator in Integrative Health and Healing and facilitates a Mindfulness Meditation Group at TGI –  every Tuesday evening online –  https://learn.edu/events/