Why we need to become “whole people” now. We’d love your help!

Why we need to become “whole people” now. We’d love your help!

As part of our mission and vision, we want to help shape a more resilient future for our students and alumni by providing MORE free educational webinars as well as Tuition waivers and partial scholarships.

2020 saw many successes for TGI even though our beloved in-person cohort model had to morph into an entirely virtual model.

Was it better than the only other alternative — no classes at all?

Even with the dramatic change to our educational model, we heard many rave comments from our students and even faculty.

We are proud of the fact that during the pandemic in 2020 we were able to provide more than $50,000 in financial assistance to our students.

The reason we could provide this assistance is because of donations, grants, and volunteering by alumni and friends. 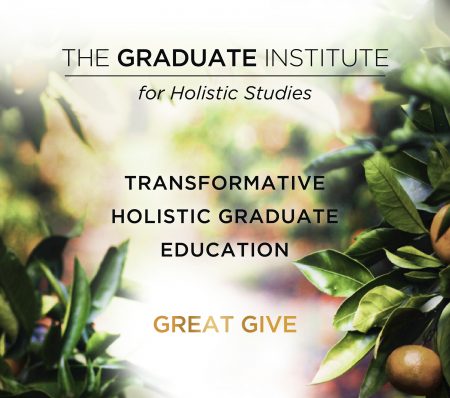 As we enter our third decade as the East Coast’s premier graduate school for holistic studies, we decided to host this fundraiser through the Great Give platform, where you can choose to contribute at the Entry Level at $20, Level Two at $120, Level 3 at $200 and beyond.

Every donation is much appreciated and will go to supporting our students to have access to extraordinary programs, teachers as well as financial support.

Even though we are a small institution, we believe each graduate is our way of creating a profound ripple effect in the world.

Your donation to the upcoming May 4/5 Great Give campaign can allow us to continue to support our incoming students with their financial needs.
You can help us make an impact today by visiting the site here: the Great Give.

We believe that society is waking up to this holistic “whole person” nature, and we’d love for you to be a part of our future!


Today, allow us to tell a little more of our story and the heritage of TGI.

This is at the heart of TGI, that in order for an individual to become a skillful and effective contributor to their family, their community and the world, we must each first invest in ourselves and nurture those skills and relations which are instrumental to the holistic way.

All educational institutions are challenged during the Pandemic.

However as part of our mission and vision, we want to help shape a more resilient future for our students and alumni by providing MORE free educational webinars as well as Tuition waivers and partial scholarships.

TGI provided more than $50,000 in direct financial assistance to our students in 2020 alone. Your donation to the upcoming May 4/5 Great Give campaign can allow us to continue to support our incoming students with their financial needs.”

If you would like to help TGI reach out to new prospective students in need, please consider visiting our new campaign starting in May called the Great Give.

This brief interview from the renowned Dr. Norm Shealy (along with TGI’s recent past president Cathleen Buchanan) demonstrates how this medical visionary has articulated this philosophy and sparks our vision today.

What prevents us from having a Holistic Mind? I like to consider the nature of the universe and try to make sense of why it is so hard for most of us to accept the interconnectedness of all things. Maybe part of it is because many of us have a scientific, reductive worldview that has not entirely integrated what indigenous and contemplative minds have always known. That we are one interconnected whole.

Maybe science tries to reduce everything into parts in an effort to understand the universe better, not realizing that the very nature of reality is not entirely understandable by the human mind.

According to quantum physicist, David Bohm, “Both observer and observed are merging and interpenetrating aspects of one whole reality, which is indivisible and unanalyzable.”

David Bohm and F. David Peat were quantum physicists and influential authors. Both were passionate about finding a mathematical expression for the vision of an interconnected, enfolded implicate order, from which an explicate order, the world of classical physics elegantly unfolds.

Peat wrote, “Quantum theory stresses the irreducible link between observer and observed and the basic holism of all phenomena. Indigenous science also holds that there is no separation between the individual and society, between matter and spirit, between each one of us and the whole of nature.”

Their co-authored book, Science, Order and Creativity makes the interesting point that in order to solve problems faced by society, we cannot just look at “orders in between” (as a form of compromise between other orders), but rather to creatively extend to new “orders beyond” which brings different orders together in another form.

As an example of an “order beyond”, the authors cite work of Bohm and his colleague Basil Hiley toward finding an underlying “pre-space” which would allow the incompatibilities of quantum theory and relativity to be addressed. Creativity, including the search for “orders beyond,” makes it possible to move toward a new consciousness.

So how do we find “pre-space” that invites a new consciousness?

“We cannot solve our problems with the same thinking we used when we created them.”  – A. Einstein

The Holistic Mind Clues  can be found in Poetry

With the arrival of spring, many are cleaning closets and gardens to prepare for the new season. Maybe it’s also time to clean out old thinking.

I am always playing with new ways to stop “old mind” habits. Throughout the day, I will ask myself, “Where are you?” “What are you participating with?” If I find myself lost in thought, I might say, “Drop the story,” as a way to drop into a direct experience of the moment.

The artist in me loves a blank page. As I write this, I’m wondering what would happen if everyone decided to suspend old beliefs and create a space for something new to emerge in this season of renewal?

In other words, cultivate a garden of “don’t know” or “beginner’s” mind.

We are all heavily conditioned to perceive the world through concepts and beliefs. For example, if I think of spring, a world of images and beliefs come to mind. Easter, family, marshmallow peeps, Cadbury eggs, bunnies and crocuses come to mind. While these images can be wonderful, this “old mind” makes it challenging to actually experience this spring directly.

Spring Cleaning of the Mind

I came across a little gem of a poem by Mary Oliver. It’s not like usual spring poems about daffodils or songbirds. It is about a black bear awakening from hibernation and showing her “perfect love” by doing what bears do in the spring. I think the term “perfect love” is actually a way to view the new holistic, integrated mind. Being directly with life as it is.

down the mountain.
All night
in the brisk and shallow restlessness
of early spring

I think of her,
her four black fists
flicking the gravel,
her tongue

like a red fire
touching the grass,
the cold water.
There is only one question:

how to love this world.
I think of her
rising
like a black and leafy ledge

to sharpen her claws against
the silence
of the trees.
Whatever else

my life is
with its poems
and its music
and its glass cities,

it is also this dazzling darkness
coming
down the mountain,
breathing and tasting;

all day I think of her —
her white teeth,
her wordlessness,
her perfect love.

Source energy is a universal force providing the innate intelligence for plants to know to grow toward the sun or humans and animals to listen to their bodies. The bear knows how to be connected with herself and the environment. She doesn’t stare down the mountain thinking about how to solve the problems of the day. She simply knows that it’s time to come down the mountain.

Many believe that the emerging mind is non-dual and holistic. It still contains the “old mind” that wants to focus on fixing problems the way it used to, but it can also hold space open for what is innate knowledge so that the mystery and intelligence of the universe (source energy) can power the dance.

As Oliver’s beautiful poem states, “There is only one question, how to love this world.”

This also resonates with Indian philosopher Krishnamurti who considers observation without evaluation to be the highest form of human intelligence.

As Bohm said, “What is needed is to learn afresh, to observe, and to discover for ourselves the meaning of wholeness.”

Maybe physicists, poets, and mystics are all saying the same thing. 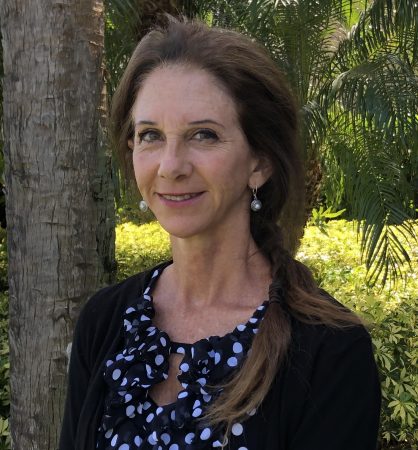 Kimberly Ruggiero is a long-time meditator. She works as a Program Coordinator in Integrative Health and Healing and facilitates a Mindfulness Meditation Group at TGI –  every Tuesday evening online –  https://learn.edu/events/

Kim also works as a transformational coach and artist. She has a BS in Chemistry, MA in Consciousness Studies and studied at the Lyme Academy College of Fine Art. Kim has training in MBSR and is certified through the Engaged Mindfulness Institute.