President
Bruce Cryer has been involved in holistic studies both personally and professionally for more than 40 years. His varied career has seen him wearing many hats and exploring many professional passions, always driven by a keen desire to learn how people, communities and systems can work more efficiently, effectively and coherently. He began as a singer/dancer/actor on Broadway, including two years in The Fantasticks, the world’s longest running musical. Bruce has been adjunct professor at Stanford University since 1997 teaching on the role of stress, performance, emotional intelligence, resilience and creativity within the Graduate School of Business, the School of Medicine and the Stanford employee wellness program. He was named CEO of HeartMath in 2000, having helped launch the HeartMath Institute with founder Doc Childre in 1991. In addition to Stanford, Bruce has led initiatives for clients such as Mayo Clinic, University of Delaware College of Health Sciences, Arizona State University, University of California, San Francisco, Center for Health Professions, Kaiser Permanente, New York Open Center, The World Bank, NASA, Unilever, Cisco, Cathay Pacific Airways and the NHS (UK). Bruce is co-author of From Chaos to Coherence: The Power to Change Performance and the Harvard Business Review article “Pull the Plug on Stress”, both of which feature the HeartMath system. A two year health crisis convinced him to focus his energies on creativity and how organizations and individuals can tap into the full creative capacity of everyone. Bruce once again enjoys robust health while singing, dancing, writing, teaching, mentoring and doing Nature photography. He recently released Renaissance Human, an album of original songs co-created with the Brothers Koren.

Provost
Judith Dozier Hackman received her PhD in Higher Education Research and Administration (Psychology cognate, Best Dissertation award) from the University of Michigan, her M.S. in Educational Research (Outstanding Alumnus award) from Southern Connecticut State University, and her B.A. with honors in Liberal Arts and Sciences, major in Social Studies, and minor in Mathematics from the University of Illinois. She also studied at Harvard University, MacMurray College, and Yale University and received a Certificate in Coaching from Columbia Teachers College. Judith had a 44-year career at Yale University serving as Associate Dean of Yale College for Administration and for Assessment, as Director of the Yale Graduate School Teaching Fellow Program, as Director of Corporate and Foundation Relations, as Director of Institutional Research, and as NEASC Liaison Officer. She also taught high school history. Judith has served as Chair of several boards (Association for the Study of Higher Education, North East Association for Institutional Research, Greater New Haven Community Loan Fund, Church of Christ in Yale), as Vice Chair (MacMurray College, United Way of Greater New Haven), and as a Board Director. 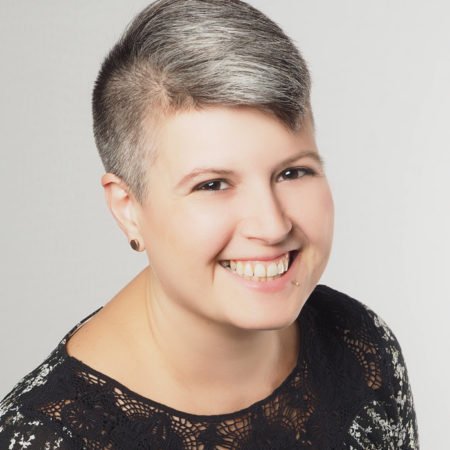 Interim Chief Operating Officer
Carrie E Neal is an educator, administrator and artist who has spent the last 20+ years working in, and with, education institutions, small companies, and NGOs. As a process facilitator and coach, Carrie has led curricular and structural change, created and facilitated learning, equity, diversity and inclusion workshops, and created opportunities for leadership development for students, faculty, community members and administrators at several local, national and international organizations. Leadership development and resourcing is an important part of the work that Carrie does in institutions. Carrie comes to the table as an integral thinker, making connections between diverse fields of study, and finds ways to connect the ethereal with the practical. Bringing interest and training in design thinking, strategic analysis, facilitation, social justice, and education, Carrie partners with folks individually and in teams to assess current situations and make plans for the future. 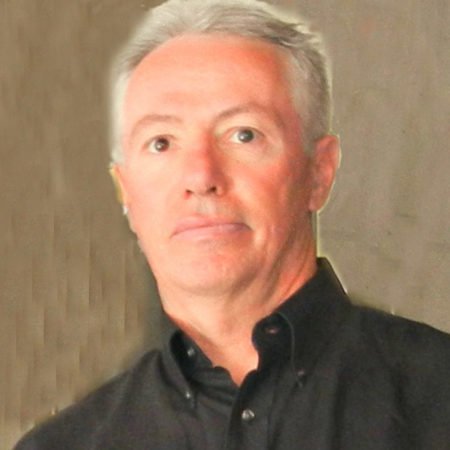 Chief Financial Officer
Forrest Temple, BS Economics and Finance, has 40 years of financial management experience in the for profit and not for profit sectors. His background includes 29 years in finance and administration at Yale University where he served on a number of university wide project committees including restructuring management compensation as well as implementation of a new ERP financial management system. For the last 9 years, Forrest was a Lead Administrator for Finance and Administration with a dotted line reporting to Yale’s Vice President for Finance and Administration. In this role he had overall fiduciary responsibility for the Athletics Department one of Yale’s largest divisions with 125 employees, and a $53 million operating budget. In that role he oversaw financial and administrative operations, athletics facilities, human resources and labor relations and the division’s extensive recreational programs. Prior to Yale, Forrest worked for 9 years at CBS Inc. in New York City in accounting and financial analysis. Since retirement from Yale, he has been the part-time Controller for the non-profit New Haven Symphony Orchestra.

Librarian, Bursar
Ruth earned her MLS at SCSU in 2007, and her JD at NYU School of Law in 1987. She has over 10 years of experience as a librarian in higher education, in the areas of reference, instruction, collection development and cataloging, including at Springfield Technical Community College, Asnuntuck Community College Learning Resource Center, and the Yale Law School Lillian Goldman Law Library. Prior to being a librarian, Ruth worked as an attorney for approximately 15 years, in governmental and private settings. She is dedicated to helping students find the best information resources for TGI assignments and projects.

Director of Admissions
Jennifer holds an MBA degree in Marketing from Loyola Marymount University in Los Angeles, and completed graduate studies in Pastoral Theology at LMU. She previously had successful careers in business and education, as a product manager and marketing manager with the Walt Disney Company, and Campus Minister and Retreat Director working with undergraduate students in universities in Los Angeles. Jennifer has a passion for helping others take steps to actualize their dreams. In addition, she has pursued a lifelong interest in religion, spirituality and practices that support the unity of mind, body and spirit. 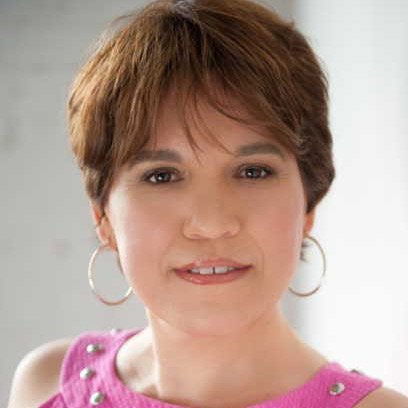 Administrative Assistant
Eve has been a professional administrative assistant for 33 years, following completion of the Katharine Gibbs Secretarial Program for College Graduates. She holds a B.A. in history from Binghamton University (formerly, State University of New York at Binghamton). During her career, she has had long tenures at several successful financial institutions, both corporate and boutique, as well as two major NYC law firms. Eve is an amateur photographer and recently completed a project of spontaneous street portraits which can be found at www.pinterest.com/edenseve63/arts-the-beautiful-people-of-nyc. She is also an avid reader, who has been a book club facilitator and blogs about her current reads at www.eveineden.blogspot.com. 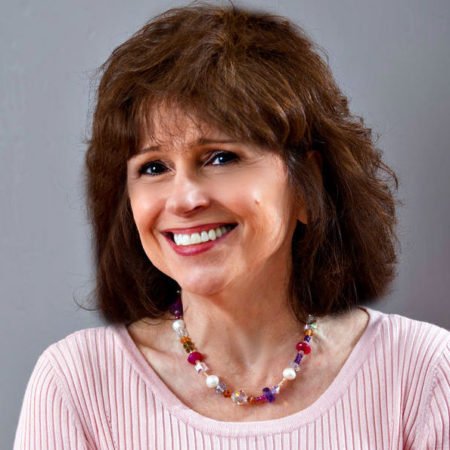 Director of Communications
Joyce enjoys a duel career in public relations and holistic wellness. She holds a doctorate in Metaphysical Philosophy and is also a Certified, Clinical Hypnotherapist. As the former founder and president of Fan Emporium, Inc., a celebrity based public relations firm, she worked with top recording artists, sports figures and authors. Her business flourished by positive word-of-mouth within the entertainment industry and she soon needed to develop satellite offices in the UK, Australia and Asia to support the needs of her clientele. During her tenure, she grew Fan Emporium to be the world’s largest Fan Service, Marketing & Public Relations Company. Joyce co-authored several books and was interviewed on many occasions by the NY Times, Wall Street Journal and featured on numerous TV shows and national magazines. Her current book “Starving Your Fears – from Panic to Peace in 10 easy steps” was released in 2019: Joyce currently hosts an online radio show on Dreamvisions7 radio network helping people to create the life they desire with her helpful, stress-releasing wisdom. 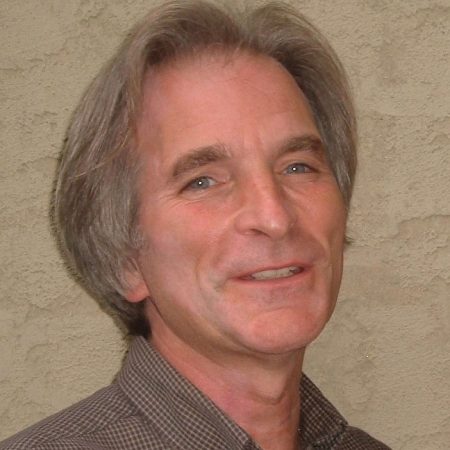 Director of The Graduate Institute Publishing Center
Robin Moore has served on the faculty of The Graduate Institute's Creative Writing and Storytelling Program since 2002 and is creator and director of The Graduate Institute Publishing Center. He has made his full-time living for forty years as an author, storyteller and teacher of story-creating skills in both spoken and written word. Robin has told stories to more than one million people while presenting over 5,000 storytelling performances and writing workshops at schools, museums, libraries, colleges and universities. He is the author of more than twenty books published by three of the five largest publishers in the world: HarperCollins, Random House and Simon & Schuster, including his instructional series, "Awakening the Hidden Storyteller" and "Discovering the Natural-Born Writer". Robin is owner of Groundhog Press, a small independent publishing house which produces books and recordings celebrating the oral tradition. As Director of The Graduate Institute Publishing Center, he provides the faculty and students of TGI with the opportunity to create, publish and distribute written works before a world-wide readership on the Amazon platform. Before joining TGI, Robin served as a combat soldier in Vietnam, earned a B.A. in Journalism from Pennsylvania State University, an M.A. in Oral Traditions from The Graduate Institute, and worked as a newspaper reporter and magazine editor. To Schedule a free Publishing Consultation, click Robin's email link below. 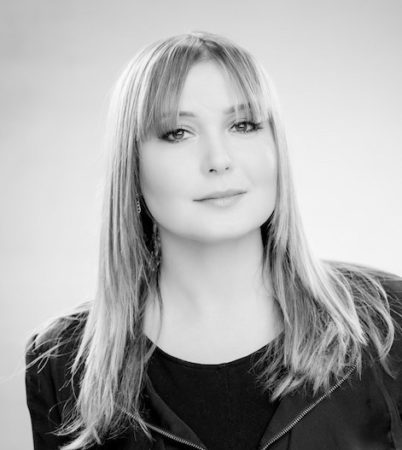 Social Media, Branding and Web Design
Nailia graduated from the Institute of Technology in British Columbia, Canada, after a career in the fine arts. She is a passionate life learner, a writer, and a teacher of social technology for authors and bloggers. After ten years of client work, she is thrilled to have the skills to volunteer for meaningful projects such as the Congressional Campaign for Marianne Williamson in California. 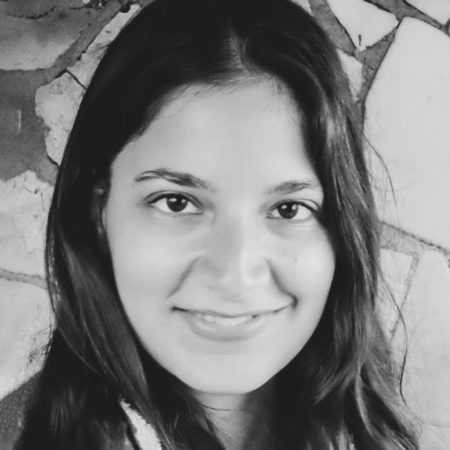 Videographer
Jasmine holds a B.A in Public Art for Social Change and an M.A. in Consciousness Studies and Transpersonal Psychology from The Graduate Institute. She is also an artist, published photographer and a playful free spirit who loves any activity involving dancing like a fool, really good brie cheese and hugging a palm tree. She is deeply curious about the rawness of life and is constantly being led by the beauty in each small moment. She thinks Brad Wallace's bio is hilarious so keep scrolling to read on... 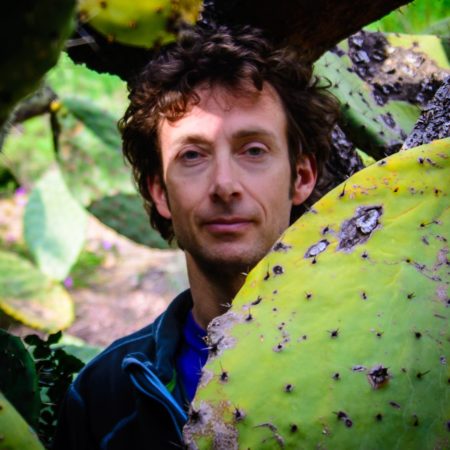 Web and Email Admin
Brad Wallace has a hard-earned degree in dabbling from the Dabologna Institute. He received a degree of far less importance from an astonishingly prominent and expensive school that his parents now regret having paid for. He was a filmmaker for 15 years before quitting in disgust and moving on to dabbling in all things involving the lonesome computer arts. Graphics, photography, web design, virtual reality and dark electronic music are his current freelancements. www.bradwallacedesign.com

Susan Moore Strickland, MA, is a former student of the Integrative Health and Healing Master of Arts Degree program at The Graduate Institute. Susan has more than 30 years’ experience in marketing and television production, fundraising and event management, and she is the former Publisher of M.D. News Magazine. In addition, Susan’s experience includes an Internship at Yale New Haven Children’s Hospital as an Art Leader in the Arts for Healing Program, and, leading art workshops for Hartford Hospital. Susan is deeply committed to guiding students to become more aware, inspired and empowered people who are self-sufficient in healing themselves and in healing others.

Kimberly Ruggiero studied at The Graduate Institute, earning her Master of Arts degree in Consciousness Studies, as well as receiving a certificate in Transformative Coach Training in 2016. She has a Bachelor of Science degree in Chemistry from Indiana University in 1985. In 2000, she began her formal art training at the Lyme Academy College of Fine Arts, in Lyme, CT, for 5 years. Kimberly has been trained in Mindfulness Meditation through Engaged Mindfulness Institute and facilitates a Mindfulness Meditation group at The Graduate Institute from October 2016 to the present time. She also works as a Program Coordinator for Integrative Health and Healing and a Professional Coach.