The Certificate in Consciousness, Transformation and Mindfulness is a 6-credit degree program that explores the growth, development and awakening of human consciousness. Students examine diverse theories and concepts of the structures and states of consciousness and the processes that may lead to awakening, enlightenment, and unity consciousness. Through the engagement with somatic awareness practices and by re-establishing the unity of mind-body consciousness, students learn to access intuition and embodied wisdom through personal and transpersonal knowing. Practices of mindfulness and presence are cornerstones of the program.

The program offers the foundation to discovery and empowerment that leads to greater fulfillment, purpose, and effectiveness in students' personal and professional lives.

The Certificate program focuses on the nature of personal development from a holistic, integral, and developmental point of view.

We believe that the future is holistic and we’d love for you to be a part of this future! Artemis Morris, ND - Academic Co-Director, shares why holistic education is now relevant more than ever.

The program offers the foundation to discovery and empowerment that leads to greater fulfillment, purpose, and effectiveness in students' personal and professional lives.
The Certificate program focuses on the nature of personal development from a holistic, integral, and developmental point of view.

Full course descriptions are available in our Catalog of Programs

Allan Combs is a Professor of Transformative Studies at the California Institute of Integral Studies. His background is in consciousness studies, neuropsychology, and systems science. He also holds appointments at the Saybrook Graduate School and the Assisi Conferences, and is Professor Emeritus at the University of North Carolina-Asheville. Allan is author of over fifty articles, chapters, and books on consciousness and the brain, including The Radiance of Being (2ed): Understanding the Grand Integral Vision; Living the Integral Life, winner of the best-book award of the Scientific and Medical Network of the UK, with a foreword by Ken Wilber; Changing Visions: Human Cognitive Maps Past, Present, and Future, with Ervin Laszlo, Vilmos Csanyi, and Robert Artigiani; Chaos Theory in Psychology and the Life Sciences, edited with Robin Robertson; Nonlinear Dynamics in Human Behavior, edited with William Sulis; Synchronicity: Through the Eyes of Science, Myth, and the Trickster with Mark Holland; and Mind in Time: The Dynamics of Thought, Reality, and Consciousness, with Mark Germine and Ben Geortzel. He is co-founder of the Integral Foundation and The Society for Chaos Theory in Psychology and the Life Sciences, Co-Editor of the Journal of Conscious Evolution, Associate Editor of Dynamical Psychology, and serves on the Editorial Board of Science & Consciousness Review. He was the winner of the 2002-2003 National Teaching Award of the Association of Graduate Liberal Studies Programs, and in the same year the held the UNCA Honorary Ruth and Leon Feldman Professorship. He holds a Ph.D. in Biopsychology from the University of Georgia. Visit his website at sourceintegralis.org. 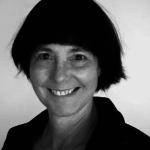 Bonnitta Roy is an independent scholar, international presenter and award-winning author. Before earning her masters degree at TGI, she was already considered a pioneer in her process approach to evolutionary theories of consciousness. She won an award by identifying the key characteristics of a new mind which we can see emerging with the complexity sciences today. She applies her models to help organizations become more open and participatory, enabling workplaces to become more authentic to the whole experience of being human. She is passionate about the living world of animals and nature, as mutual participants with us in the unfolding of our planetary potential.

Dr. Tom Murray is a Senior Research Fellow in the School of Computer Science at the University of Massachusetts Amherst. Currenlty his primary research is in the are of supporting social deliberative skills in online contexts, and in intelligent tutoring systems in mathematics. He has also done research in the areas of Cognitive Tools, Adaptive Computer Learning Environments, Online Collaboration, Ethics, and Knowledge Engineering. He is also publishes scholarly papers in the field of Integral Theory realted epistemology and applied philosophy. Murray has degrees in educational technology (EdD, MEd), computer science (MS), and physics (BS). He is on the editorial review boards of two international journals, the International Journal of Artificial Intelligence in Education, and at Integral Review as an Associate Editor.

This course provides students with a basic introduction to human consciousness and the nature of its evolutionary transformation. Models of adult development and transformation continue to evolve, and students learn the foundations and current issues of this discussion. Models include Ken Wilber's Integral AQAL model, Robert Kegan's constructive-developmental theory model, and the models of development designed and promulgated by Susanne Cook-Greuter, Bill Torbert, and Jenny Wade. Students study methods of catalyzing their own developmental growth and that of others. They learn the use of these adult developmental models in coaching clients from the perspectives of the AQAL quadrants, levels, lines, states and types. Additional coaching methods include the Enneagram and the constructive-developmental approach to transformative change. Included in this course is an overview of orientation to the guidelines for establishing the coach-client agreement and for practicing ethical guidelines as a Life Coach.

Based on the humanistic psychological concept of self-realization, and grounded in Maslow’s Theory of Needs (A. Maslow 1954, 1971), this course promulgates self-realization as an indispensable requirement for happiness in both hedonic and eudemonic models. The overarching goal of the course is to enable program participants to understand the distinctions between becoming someone and realizing oneself, i.e. from the common meaning of self-realization (i.e., socioeconomic attainment) and the humanistic psychological meaning (i.e., focused on human potential development). Students will be introduced to the concepts of false self and true self, and to the theories of selected authors who have studied the psycho-pathogenic role of personality distortions. Program participants will also be provided an overview of the personal development process, and to the related theories. Course content will include an overview of two fundamental factors for self-realization: a) self-awareness as an indispensable tool for discovering one’s own talents and potential; and b) unconditional self-acceptance as an indispensable condition for allowing oneself to develop those talents and potential. In essence, the course will orient students to effective techniques for facilitating the discovery of one’s own talents and potential, and for identifying and transforming any irrational beliefs that may limit or hinder development.