Home / Uncategorized / Is Depression All in Your Head ... 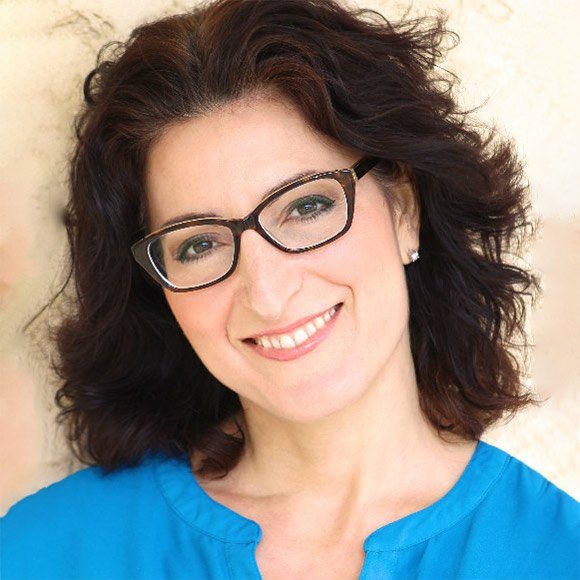 Is depression all in your head? The new holistic theory of neuroplasticity and neuroinflammation and mood disorders. By Dr. Artemis MorrisIn the 1950s the monoamine (amine) hypothesis of depression and the subsequent dawn of antidepressant medications that work by affecting neurotransmitters, such as serotonin, norepinephrine and dopamine, changed the way depression was being treated. The two main classes of psychiatric medication discovered in the 1950s were monoamine oxidase inhibitors (MAOIs) and tricyclic antidepressants (TCA) that worked by boosting brain levels of monoamines (serotonin, norepinephrine, and dopamine) in the brain. The original research discovering these medications was due to a study in which patients treated for high blood pressure with reserpine, which blocks the monoamine transporter, developed depression.1 In the 1980s, the pharmaceutical industry created Prozac, a selective serotonin reuptake inhibitor (SSRI), then serotonin-norepinephrine reuptake inhibitors (SNRI) which were found to be less toxic, but not more effective than the older classes of antidepressants. The newer classes of drugs for depression are being called “me-too” drugs, such as Pristic and Lexapro, because the mechanism of action is not that different from the previous classes of medication in terms of effectiveness and risk. The most recent types of drugs being developed by the pharmaceutical industry are drugs that combine antipsychotic drugs like Abilify and Seroquel together. There are drugs targeting new parts of the brain and neurotransmitters in the brain, such as the glutamate and in particular NMDA receptors, such as ketamine, but these are still experimental and do not address the cause of neurotransmitter imbalance.2

The effectiveness of antidepressants has been called into question since their advent because research is showing that antidepressant medication is not effective in one third of patients.2 An analysis by Robert DeRubeis, a psychology professor at the University of Pennsylvania, found that “Patients with severe depression benefit most from antidepressant medications while those with less-severe symptoms see little or no benefits.”2 Antidepressant medication that focuses on just the neurotransmitters has also been shown to come with enormous risks compared to its benefits in some cases. Dr. Peter Breggin, MD, a psychiatrist, has provided detailed analysis and testimony on cases that scientifically show a causal relationship between antidepressant medication and its effects on suicide, violence, mania and other hidden risks of taking psychiatric medication without the use of therapy.3

The problem with this myopic theory of depression based solely on “neurotransmitters imbalances” is that depression may actually be caused by a complex interaction of dysfunctional inflammatory processes, oxidative stress, neurodegeneration, and altered neuroplasticity, rather than just neurotransmitter imbalances in the brain. This theory was uncovered, in part, by the observation that patients with chronic inflammation are more likely to have depression, while patients diagnosed with depression show increased levels of circulating cytokines markers that are involved in inflammation.4 It has been found that activation of the brain immune cells, called microglia cells that produce cytokines, were more active in people who committed suicide, showing a crucial role for neuroinflammation in the pathogensis of depression.4

This new theory of depression that puts neurotransmitter-altering pharmaceutical medications into a larger context, is called neuroplasticity. In neuroplasticity, the brain’s complex processing and expression of emotions affected by neurotransmitter transmission is a piece of the puzzle, but not the whole pie.

Neuroplasticity may help to explain why antidepressant medication is not effective in approximately one-third of the people that use them and why these medications may not be effective in some people long term. Neuroplasticity recognizes that the brain can learn, change, and be affected by a host of factors that tie it into the rest of the body and how we interact with our environment. In neuroplasticity, the HPA axis, neuroinflammation and neurodegeneration, the gut-brain connection and microbiome, and epigenetic changes and influences are included in the web of cause and effect. An Integrative, holistic approach to medicine addresses all of these factors.

In this new theory of depression, neuroinflammation is the mediator of the changes that lead to neurotransmitter imbalances and ultimately changes in mood and behavior characterized by depression. There is a two-way street of chronic disease and depression in that people with chronic disease are more likely to suffer from depression and people with depression are more likely to suffer from chronic disease. In the neuroinflammation theory, there is mounting evidence that depression is caused by a breakdown of several pathways, including the hypothalamus-pituitary-adrenal (HPA) axis, the glutamatergic system, and monoaminergic neurotransmission, and is mediated by the Inflammatory cytokines affecting the brain.5 In particular, then, microglia and astrocytes’ interaction with the central nervous system’s (CNSs) immune system provides a more comprehensive explanation, and possible treatment for depression.5

While it is still standard conventional practice in psychiatry to prescribe antidepressant medication, there are a host of other factors to consider when addressing this debilitating disease. Furthermore, alternatives that may be just as effective as antidepressants are worth exploring with an integrative medical practitioner. Davidson and colleagues in the multicentre Hypericum Depression Trial Study Group compared the safety and efficacy of daily doses of 900–1500 mg hypericum with 50–100 mg of the antidepressant sertraline, or placebo. The 8-week, randomized, double-blind, parallel-group study enrolled 340 outpatients diagnosed with major depression (DSM-IV criteria). In this study St Johns wort extract was just as effective as Sertraline with fewer side-effects with an effectiveness of approximately 24% for St Johns wort and 32% for Sertraline compared to placebo.6

Exercise is also another treatment strategy that was found to be just as effective as the antidepressant medication Sertraline in patients with coronary artery disease with additional benefits in cardiovascular function.7 100 patients with coronary heart disease and elevated depressive symptoms were randomized to 4 months of aerobic exercise (3 times/week), sertraline (50–200 mg/day), or placebo for 16 weeks and were also monitored for cardiovascular biomarkers (heart rate variability, endothelial function, baroreflex sensitivity, inflammation, and platelet function.7 All groups showed improvement on Hamilton Rating Scale for Depression scores with exercise and sertraline being equally effective at reducing depressive symptoms and exercise showing greater improvements in heart rate variability compared with sertraline.7

In light of the new holistic paradigm of neuroplasticity in depression, it is worth considering the risks, safety, and true benefits of antidepressant medication for patients and applying a therapeutic order to its treatment that addresses more than just the neurotransmitter symptom imbalances. In this new scientific paradigm, a holistic approach that addresses the causes of depression and the factors involved in its pathogenesis, such as, inflammation, the gut-brain connection, the microbiome, viruses, bacteria and chronic disease factors may provide a more effective and less dangerous approach to this harrowing disease.

Dr. Artemis Morris will be co-presenting with Dr. Michael Lovich to health care practitioners on the neuroinflammation theory and depression in Farmington, CT on Sunday, October 14 8:30 am - 12 pm.

Dr. Artemis Morris is a Naturopathic Physician, Licensed Acupuncturist, professor of nutrition, researcher, author, and public speaker. Artemis is the academic director of the Integrative Health and Healing Program at The Graduate Institute (www.learn.edu) and professor of nutrition at The Human Nutrition Institute at University of Bridgeport, where she also taught nutrition for the Naturopathic Medical School. She completed her Naturopathic Doctorate and Masters in Acupuncture at Bastyr University in Seattle, Washington. Dr. Artemis is the medical director and founder of Artemis Wellness Center, LLC an integrative wellness center that focuses on women’s health and wellness. Artemis has served as the director of the natural health center at Masonic Healthcare Center in Wallingford, the largest geriatric healthcare center in CT where she did research on acupuncture and pain management. Dr. Artemis has been researching the Mediterranean Diet and plants of Crete since 2005 and lectures at medical conferences on The Mediterranean diet and other natural health topics. Dr. Artemis Morris co-authored the book, The Anti-Inflammation Diet for Dummies, with Molly Rossiter. Her practice philosophy is inspired by the quote from Paracelsus that states, "The art of healing comes from nature and not from the physician. Therefore, the physician must start from nature with an open mind." www.artemiswellnesscenter.com & www.drartemis.com 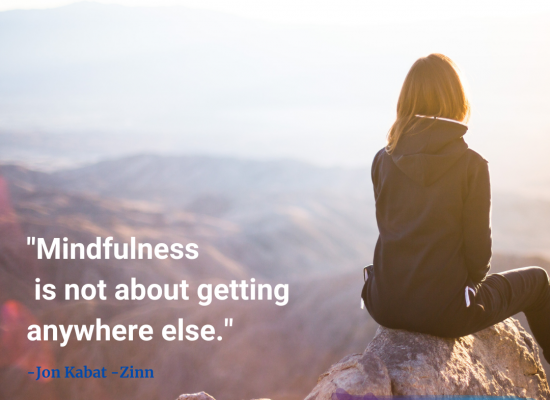 Mindfulness Meditation Class is offered weekly for the TGI community.

Mindfulness Meditation Class is offered weekly for the TGI community.  What are... 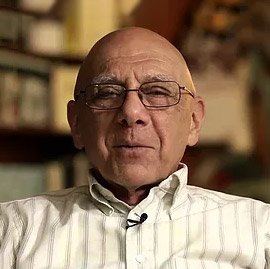 A Healthy Life and a Healthy Body

Studies reveal that women diagnosed with the same cancers as men live longer and... 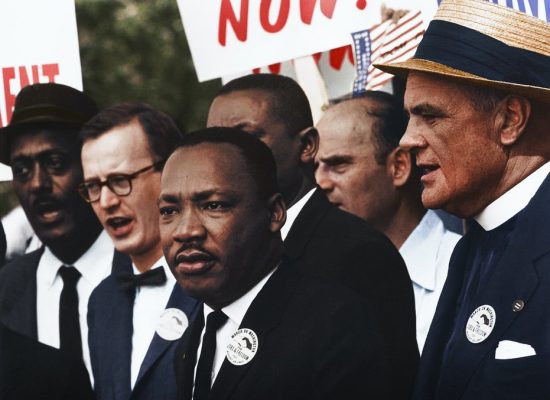 In the 1963 ‘I Have a Dream’ speech,  Martin Luther King, Jr. takes...
← Whom Do You Love? Navigating the Rough Seas of “Correct” Language
Reaping the Whirlwind, Unmasking the Writer →