Could Forgiveness be a gift and a passage to Grace?

When asked to write an article about forgiveness, I felt hesitant. With so much contention in the world how can anyone willingly surrender their strong position and forgive?

I consider forgiveness to be a superpower, right up there with gratitude. It’s recognizing there is a state of grace beyond suffering, no matter the situation.  They are both evolved qualities that require a certain capacity to hold strong negative feelings in a larger perspective.

Anger and fear are normal, intelligent emotions signaling that a boundary has been crossed. Something needs our attention. When a human being feels betrayed, diminished, abused, oppressed or exploited, instinct is to fight back, run away or dissociate. If the hurt isn’t processed and resolved, seeking revenge, ruminative thinking and resentments often follow. Blinded by emotion and thoughts, we have difficulty seeing that we are hurting ourselves by embodying that painful emotion and resonating that energy inside our bodies and to others.

“Holding a grudge is like drinking poison and waiting for the other person to die.”  –Buddha

Neuroscientist Rick Hanson, author of Buddha’s Brain writes, “Our brains are like Velcro for bad experience and Teflon for the good.” When hurt, our tendency is to want to hurt back. Forgiveness requires the we stay present with all of our reactivity. It requires that we meet the moment with an open heart and feel what we feel. if we can’t then we stay open and gentle with that, too.

Holding onto anger may offer a temporary feeling of justice, (as anyone knows whose ever held a grudge) but it doesn’t make the hurt go away; there’s often an energy that remains below the surface, growing and expanding the feelings of separation. Unforgiveness feeds the ego that wants to be right. It can also be a powerful energy that fuels destructive action. Unforgiveness, when it is unconscious, is not bad, it simply keeps the suffering growing and expanding, bringing us more of what we don’t want.

Rather than trying to get to a state of forgiveness or gratitude, I think it’s enough to just be present for what’s happening right now. Presence is staying and participating with our experiences in each moment; giving non-judgmental, open-hearted attention to what’s within, whether it’s forgiveness or non-forgiveness. Softening the resistance to a situation or person we have difficulty forgiving can be triggering, so a big dose of patience and gentleness helps. It doesn’t mean becoming a doormat or staying in an abusive relationship. It means making decisions from a place of love not fear. 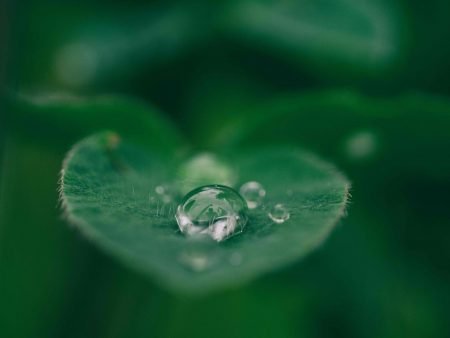 Practicing presence helps build the neuropathway of wisdom; making us better able to respond with equanimity. Meeting non-forgiveness with self-compassion and self-acceptance begins the process of healing and wise action and raises our vibrational energy. The body moves from fight/flight to homeostasis.

Forgiveness, like gratitude, comes from a non-dual mind that recognizes we are one. It arises when we include other perspectives; when we are able to shift from a mind that is certain–it’s either right or wrong, to one that is open and willing to observe the nuances of a given situation—I can see why it could be right from another perspective.

Presence, like forgiveness, has a quality of receptivity and wonder. It sees and accepts what is, without the reactivity. We discover that what we resist persists, and so we learn how to drop the resistance and stay with the moment.

Anger is palpable in the world right now and many are blaming whole groups of people (politicians, white men, the wealthy, the poor, immigrants, the police, protesters, people who won’t protest, people handing out money, people taking money). Angry energy resonates in the collective and we all tend to blame each other. Recently, anger has been directed at me for not wearing a mask and also for wearing one in the same day.

This unconscious behavior isn’t anybody’s fault. It’s our wiring. We can’t see what we are doing because the decider (ego-limbic system) shuts down the prefrontal cortex (newest part of the evolving brain).  The reactive reptilian brain of our ancestors is wired for tigers and, for the most part, it’s worked fine for thousands of years.  But we are realizing that the old mind isn’t working.

We are at a moment of potential global awakening. With meditation practice, a non-dual mind emerges and the prefrontal cortex learns how to stay online; we can notice the reactivity of the limbic system sooner. There really isn’t a tiger, it just feels like one.

World problems aren’t getting solved by the old mind of right and wrong thinking. Racism, sexism, partisan politics, and economic inequality are still here and thriving.

“We cannot solve problems with the same mind that created them.” –Einstein

The new mind is one that has a capacity for nonduality. It knows how to cultivate presence and invite forgiveness and gratitude, not as a strategic quid pro quo, but because it’s our true state. Nonduality can recognize the dual as part of itself; not a bad part, just part of our wiring. Awakening is a natural unfolding of universal intelligence and the implicate order of an evolving self-organizing system.

The non-dual mind can engage the prefrontal cortex and open space so the different, limitless energy of our universal heart and mind can emerge. A non-dual mind can express the need for reparation without blame or criticism because it sees the nature of our interdependence and accepts the reality of both, human darkness and light.

For example, the dual mind might say, “I am angry at you. You are wrong.”  With awareness, the non-dual mind might say, “Anger is arising, let me investigate what this is about.” Personalizing the situation isn’t necessary, just an ability to be with anger and respond from our wisest self.

Nelson Mandala embodied the power of forgiveness. Anger did not rule his actions. He once said, “Forgiveness liberates the soul. It removes fear. That is why it is such a powerful weapon.”

We don’t have to wallpaper over unforgiveness with fake forgiveness. I suggest we come to recognize our capacity for presence with whatever is; to begin to intimately know and process anger and unforgiveness so we can finally move on from duality.

There’s a fragile, mysterious and beautiful interconnectedness of all things– the good, bad and the ugly. Forgiveness is not something we do, it is an energy that arises from the awakened consciousness.

Eventually, we realize that the world is our household and our capacity for forgiveness and gratitude, and the wise action that emerges, has the power to stop the war against ourselves and the planet.

“Your heart is the light of this world. Don’t cover it with your mind.”  –Mooji 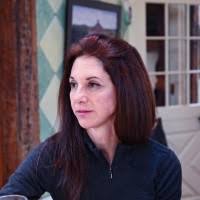 Blog is written by Kimberly Ruggiero: Kimberly Ruggiero: Kim received a BS in Chemistry and MA in Consciousness Studies. She works as a Program Coordinator in Integrative Health and Healing and facilitates a Mindfulness Meditation Group at TGI. She is also a professional coach and fine artist.