Home / The Graduate Institute Alumni / The Dance of Discovering Deep ... 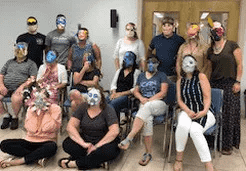 Though everyone has a personality, its source is seldom a point that receives focused individual research. From what ground does personality arise, and how does it evolve? One school of thought proposes that the root of our personality lies in our genetic code, while another argues for personality is an evolutionary product of our ongoing experience. In either case, our personality is inextricably linked to defining the nature of self. What does this self consist of, and how and why does it emerge as an entity consciously recognizing its mirror image as being distinct from "otherness"? Developmental psychologist, Jenny Wade, offers a unique perspective in considering this question. Her theory, based on the holonomic model of Bohmian reality, posits that we evolve through several distinct stages of consciousness. More specifically, through the dynamics of becoming aware of our development, we are able to consciously evolve toward an authentic, self-actualized and realized state of being.

In our search for understanding self, David Bohm's notion of reality is useful, if not, insightful. According to Bohm, the forms and patterns of reality are a result of the constant flux of a creative, dynamic and emergent undivided wholeness. These forms and patterns arise from the flow and change processes that are responsible for the transformation of being to becoming in what he called the holomovement. This phenomenon consists of two aspects: the explicate order (that which can be seen) and the implicate order (that which cannot be seen). The objects of the explicate order are in essence the unfolded projections of a much deeper, higher dimensional and fundamental enfolded implicate order. Novel structures spontaneously emerge form the holomovement, which itself provides an inexhaustible source of creativity.

Bohm's model provides us with processes for understanding the unfolding of one's own personality. It enables us to determine how the "I" emerges, transforms and may potentially transcend through conscious evolution of self. Just as Bohm’s notion of the implicate order of reality unfolds into the explicate forms we observe in our everyday life, the personal evolution of self appears to follow a process of unfolding other potential selves from some ground state of being. Therefore, these potential selves are always present in some latent form waiting to unfold and manifest in expressed form.

Webster's dictionary defines personality as: "the quality or state of being a person...the totality of an individual's behavioral and emotional tendencies". Thus, the act of reflecting on one's personality provides a window for the purpose of observing and knowing one's authentic self, as well as for noting its emergence. For centuries those interested in exploring inner space have developed personality surveys and tests to assess the unique patterns of behavioral and emotional tendencies that unfold during the natural growth and development of the individual. All of these assessment protocols agree on at least one concept— there exist distinguishable personality types. While one's basic patterns appear to resist change, it is clear that movement within a fundamental framework can and does occur throughout one's lifetime. Moreover, individuals can consciously evolve different aspects of self in the self-actualizing process known as becoming. For example, this is most easily seen in the various experiences and processes that together are described as engaging in a creative endeavor.

As we actively participate in the act of creatively expressing ourselves we transcend our normal state of conscious awareness and enter a transpersonal realm beyond space and time— the creative source of the universe. Psychologist Mihaly Csikszentmihalyi refers to this state of being as “flow”. It is here where the egoic self melds with otherness to create a sense of oneness with reality—wholeness. Moreover, it is in this state that the creative self (e.g. artist, musician, scientist, athlete, and writer) encounters new images and insights that transfigure the familiar forms and patterns into new and unique frameworks of creative expression. In this regard the processes of creative expression are therapeutic, or at least they function in ways that actively and dramatically change and evolve personality characteristics. That these traits may be categorized within personality types, and that their patterns of self are predictable and definable, is apparent. That there are useful measurements of an individual's personality characteristics is obvious. That there are means for discovering the origins of one's own personality is promising. And, that the act of creating meaning is a means to consciously transforming and transcending one's own manifest self is nothing less than extraordinary.

Carl Jung’s psychotherapeutic experience led him to posit that there are conscious and unconscious aspects to the self. Moreover, the self construct arises, in part, from innate predispositions that evolve and unfold in time to develop into one’s personality. In analyzing the various personality patterns amongst his patients, Jung noted that they appear to exist as preferences that serve to bridge the conscious and unconscious realms of self. Moreover, conscious use of these preferences is purposeful and necessary in that it deals with the generation and expenditure of psychic energy. However, pathologies result when these predisposed preferences are either not utilized or suppressed. Carl Jung’s personality typology came to be based on two distinct dichotomous personality types: Introversion and Extroversion and two sets of functions: Thinking/Feeling and Sensing/Intuition. All functions are present in one’s psyche but three of them usually operate consciously, while the fourth, which operates unconsciously, compensates for the other three.

The Myers-Briggs Type Indicator (MBTI) is the most widely used personality questionnaires today. It was originally developed by Katherine Cook Briggs and her daughter Isabel Myers in an attempt to provide women, who were entering the industrial workforce during World War II, with a way to identify which type of careers would best suit their unique abilities and personal characteristics. Their initial questionnaire evolved into its current iteration. They based their questions on Jung’s typological theories of personality. They added Perceiving/Judging to Jung’s opposing pairs of preferences (i.e. Extrovert/Introvert, Sensing/Intuitive, and Thinking/Feeling) to define eight different ways of dealing with information, which in turn resulted in sixteen Psychological Types.

While Jung’s typology and Myers and Briggs’ MBTI provide valid and reliable insight into the nature of one’s personality, they were both preceded by a more ancient and psychospiritual personality instrument— the Enneagram. The Enneagram is a personality instrument whose ancient cultural roots are found in Sufi tradition, and whose spiritual foundations emerge from notions common in both Kabbalistic and Christian religious beliefs. The word Enneagram stems from the Greek “ennnea,” meaning “nine” and “grammos” meaning “points.” It is an ancient model, intrinsic to Sufi mysticism, where it is applied to mapping cosmological processes and the unfolding of human consciousness. The Enneagram, as it is practiced today, describes nine different personality types and their interrelationships. Understanding one’s Enneagram gives the individual insight into personality through a range of human potentials in a model of consciousness that addresses the relationship between personality and other levels of human capability.

It is interesting to note that while both the MBTI and the Enneagram assess personality types, they measure different aspects of the psyche. The MBTI assesses the conscious, cognitive aspects of the psyche, whereas the Enneagram reveals aspects of the personality that emerge from the unconscious, and motivating forces underlying the psyche. Recent analyses have determined that while both typologies vary in their approach to understanding the psyche, the personality types of one are correlated with those of the other. Consequently, it is becoming more apparent that utilizing the insights revealed from both typologies provides a more complete context within which to understand the forces underlying motivation and behavior. 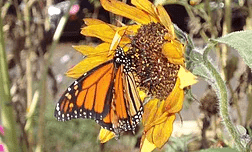 Finding the Courage to Grow

“Wholeness for humans depends on their ability to own their own shadow.” ~ Carl... 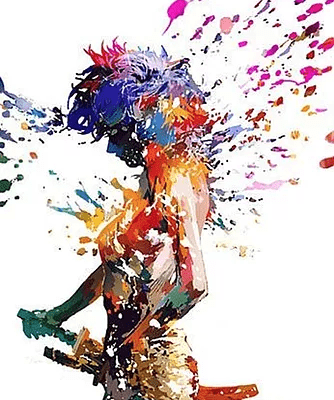 decorated with shards of past narratives smashed, i assume a stance of recognition....
← How Systems Thinking is Killing Your Creativity: An Organization is not a System!
Whom Do You Love? Navigating the Rough Seas of “Correct” Language →